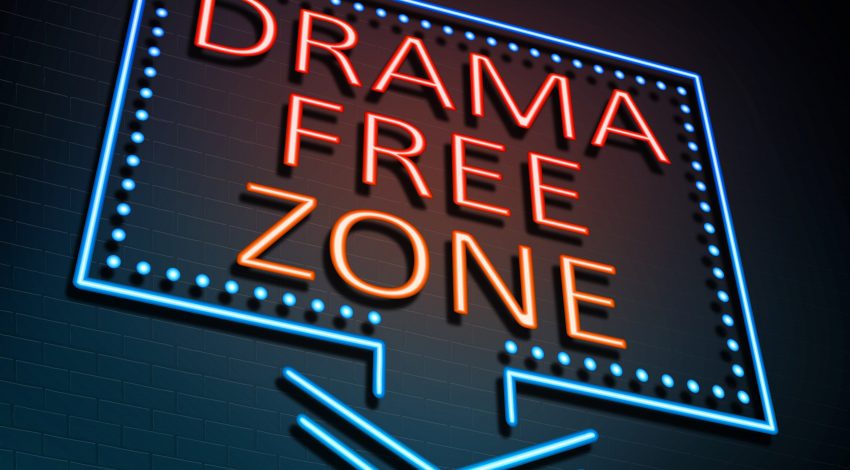 Words matter. They always have and always will. Words shape culture and can take on their own lives if we aren’t careful. That’s why it’s vital for healthcare leaders to be aware of using, and ignoring, drama words. [i]

Years ago, I had a manager on my team who was a bit of a drama queen. “Debbie” was masterful at controlling her team by dropping, what I call “drama bombs” – words that exaggerated reality for effect. It took me months to figure out exactly how she was creating tension and anxiety among her team members until I heard her relay a message from me to her subordinates.

Here is the back story. We were conducting a medical mystery shopping project for a large healthcare system with medical practices spread out over an expansive region. My team was on site doing some walkthroughs of facilities and the data collection was in the early phase of the project. I reminded Debbie that when she met with the client that, if probed for findings, she should delay sharing conclusions since we were only in the infancy stage of the research. The mystery shoppers were just beginning data collection. In other words, don’t share results prematurely since we had less than 10% of the data and it would be misleading. I talked about the integrity of the data and that if we shared at an early stage, things could change dramatically as the database expanded. This could lead to the client saying, “But you said…”

I presented this discussion with absolutely no drama, no anger, nor any disappointment in words or tone. Here is what Debbie told her team, “Kris is really upset with us. She says everyone is always sharing results with our clients too early, so when we present the final results, they never trust us.”

Fortunately, one of the consultants hearing this picked up the phone and asked me to recap the discussion I had with Debbie. He then shared Debbie’s translation to the team and said her message created a wave of anxiety and uncertainty among the team members. I was thankful that he shared this because it gave me a chance to get everyone on a conference call immediately so I could clarify.

I later learned that Debbie made a habit of using drama words to get everyone’s attention. The exaggerations were pitting people against each other and me. After months of coaching, Debbie and I parted ways because her language and leadership style was not going to fit with my values for the company.

Want a drama-free culture?  Keep these drama words in check:

Beware of drama words and challenge their validity when you hear them. It will help you create a drama-free zone