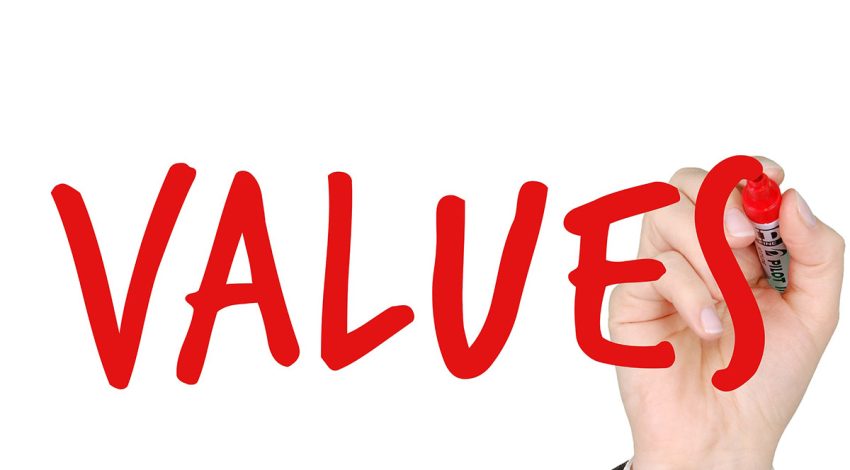 A few years ago, I was invited to meet with the executive team of a healthcare system. The team included two CEOs – one led the hospitals and the other oversaw the medical practices. While waiting in the lobby prior to the meeting, I saw a beautiful display featuring their values. I was impressed that the values were so prominently displayed. To me, it implied that they were foundational to the organization. Respect and dignity were two of the values listed.

When it was time for the meeting to begin, both CEOs were absent, and we were told to wait for them. One was 15 minutes late and the other was 20 minutes late. Only when they were both in the room, was I invited to begin my presentation. I was only five minutes into my presentation when I noticed that both CEOs were reading and responding to emails on their phones. Within minutes, several other executives followed suit. At one point, one of the CEOs took a phone call and stepped out of the meeting for a few minutes but told me to keep going with a dismissive hand gesture.

Values Start at the Top

The CEO’s behavior was appalling. What they modeled for the rest of the executive team was blatant disrespect. No wonder they all followed suit. Ironically, I was invited to speak with them about their culture which gave me a clear starting point. There was no way they were going to make significant culture change until they began living their values.

The whole experience was awkward for me but gave me a great opportunity to re-introduce the CEOs to the values and how they are clearly not a driving force in their leadership. I called each of them separately to discuss my observations and point out that they had clearly breached two of their core values including respect and dignity. Both were apologetic and clearly taken aback that I would confront them. They both told me no one had ever called them out on their behavior before.

The next day they asked the executive team to reconvene. They apologized for their behavior at the previous day’s meeting and committed to begin living the values consciously and consistently. Our discussion created a new beginning and over the next several months they made great strides in the culture. They took ownership and committed to making the values more than a display on the wall.